Asking the difficult questions in psychiatry

In a past post I wrote about the importance of asking good questions when interviewing patients.

In today’s post I thought I would tackle some of the more difficult questions that arise when conducting a psychiatric interview.

For a number of reasons there are some topics or questions that we find less easy to ask of our patients.  Perhaps its just that we are not used to asking them, perhaps they seem too personal, perhaps they seem too awkward to ask or perhaps we are concerned about the emotional aftermath (for both the patient and ourselves) in asking.

So in this post I thought I would talk about three (3) particular topics in psychiatry that medical students and junior doctors often struggle with:

Around 1 in 20 adults probably experience suicidal thinking in any one year.  Suicidal thinking and suicide as an outcome is of course a major factor in a number of the common psychiatric disorders that we encounter including: depression, bipolar, personality disorder, eating disorder and psychoses.  So its an important question to ask and it is generally recommended that it is asked of every patient presenting with mental health concerns.

Of course the good news is that the majority of individuals who do experience suicidal thinking have no intention to act on these thoughts.  However, this does not make the thoughts any less distressing.

When interviewing a patient the topic of suicide may come up as part of the normal course of the conversation.

For example as part of a process of probing* depressive symptoms the individual may volunteer suicidal thoughts.  For instance, the patient might indicate to you that they have been having negative thoughts about themselves, to which a further probing question such as:

How bad do these negative thoughts become for you?

may elicit a response in the affirmative for suicidal thinking or may lead the patient to clarify that they have not had suicidal thoughts.

*Probing questions are not just about clarifying specific details; instead, these questions dig much deeper than the surface. An effective probing question helps to get a person to talk about their personal opinions and feelings, and promotes critical thinking.

I have, however, witnessed students and junior doctors attempt further and further probing questions in a diminishing effort to get the patient to bring up the topic of suicide themselves.  At a certain point you just need to ask and do so in a clear manner.

I generally raise the topic as a matter of routine. For example,

The next question I am going to ask you is one I ask of all patients that I see for the first time because its an important question to ask.

Have you been having any thoughts of hurting or harming yourself lately?

By making this question a routine question (i.e. one you ask a lot) you will become better at asking it in a natural (non-awkward) way.  By indicating to the patient that it is a routine question you are saying to them that you realize it might seem a bit of a weird question to some patients but that you are asking it because you are a professional.  This will in most cases increase the confidence of the patient in you.

“Others may disagree with me, but I think it is important for students and junior doctors to learn to be able to ask about past abuse and establish it as part of routine practice as early as possible.”

The presence of hallucinations is generally a worrying sign for psychiatrists.  Guess what?  Their presence generally worries patients and many will be reluctant to disclose them.

Classically we ask about the presence of auditory hallucinations or voices.  Auditory hallucinations are false perceptions of sound sometimes described as the experience of internal words or noises that have no real origin in the outside world and are perceived to be separate from the person’s mental processes.

Past texts on symptomatology have led readers to try to also determine the nature of auditory hallucinations with lots of questions to try to determine whether they are experienced inside of or outside of a person’s head.  However, there seems to be less evidence to support the fact that external voices are more indicative of a psychotic illness than internal voices.  In some studies the prevalence of experiencing voices in the population has been high as 40%*, with the majority of these individuals NOT having a mental illness.

*Ohayon MM. Prevalence of hallucinations and their pathological associations in the general population. Psychiatry Res. 2000;97:153-164.

We can often first encounter the presence of auditory hallucinations by observation in psychiatry and this is where it can sometimes get a bit tricky.  It may be quite obvious to us as interviewers that the patient is most probably experiencing voices (for example there is a reported history of the person talking to him or herself OR they are clearly distracted by the presence of unseen stimuli during interview) but the patient themselves seems reluctant to disclose this information.  This may be due to a genuine concern on behalf of the patient that disclosure may lead to unwanted consequences, such as being labelled as “crazy” or “mad”, given medication or being locked up in hospital.  Sometimes (generally less often) the voices may be telling the patient to not disclose.

This sort of situation is one where a normalizing approach can be quite useful.  A normalizing question is one which is prefaced by an indication that a positive response will not be taken by the interviewer as unusual.  As we have already discussed the presence of hallucinations in the population is quite common.  For example a normalizing question to ask about auditory hallucinations in a person who is experiencing some psychotic symptoms might be as follows:

You’ve been telling me that you have been feeling a bit troubled lately and you have been having trouble keeping track of your thoughts.  You’ve also told me that certain people are worrying you.  Have I got that right?

Well such people often describe hearing voices.  Voices that other people don’t seem to be able to hear.”

Now I’m not promising that every person who is experiencing voices, particularly someone experiencing an acute psychosis will answer in the affirmative to such an approach.  I can promise from experience that you will have more positive responses and that the false positive rate will be extremely low, but there will also be some cases where you may think it’s a false negative.

Why is normalizing an effective interview approach?  Because it is saying to the individual that their problem is not isolated, that they are not alone.  People as a general rule like to feel part of a group and associate with one.

When should you not use a normalizing technique?  When its not true that its normal.  As we have discussed, the evidence for hearing voices is quite common in psychiatry and medicine.  Also it can be unhelpful to normalize a behaviour that is harmful to a person, for e.g. in substance abuse whilst a statement such as

may well be true.  It could probably be improved by the additional true statement of

The prevalence of childhood and adult abuse in the population is undeniable.  According to the World Health Organization 1 in 5 women and 1 in 13 men have been sexually abused as a child.  More than 1 million women in Australia experienced some form of domestic violence in 2005.

The link between abuse and mental illness is also clear for example a prospective study in the British Journal of Psychiatry* showed that both women and men had an almost four-fold likelihood of developing a mental illness if they were sexually abused as a child.

Again I think its important to ask this question and establish it as part of a routine process of your developmental assessment or childhood history and personal history of a person.

In the past medical students and junior doctors may have been given conflicting advice about when and how to ask this question. Medical students may have been advised for example that it may be more appropriate for a more senior colleague asking the question as they may be in a better position to help the person if the answer is yes.

Others may disagree with me, but I think it is important for students and junior doctors to learn to be able to ask about past abuse and establish it as part of routine practice as early as possible. Patients tend to agree with this approach* and overwhelmingly support routine inquiry about sexual abuse because the report a reluctance to initiate discussion of the subject.

So how to ask it?  Again, establishing it as part of routine practice and placing it within a normalizing framework is a good approach.  The American College of Obstetricians and Gynecologists has a good consensus opinion on this topic.

They concur that making the question routine will make it a more natural question.  They suggest a statement such as:

About one woman in five was sexually abused as a child.  Because these experiences can affect health, I ask all my patients about such experiences in childhood.”

So in conclusion, there are difficult topics to raise in psychiatry.  These are topics which are emotionally difficult for both patient and doctor.  However, making these questions routine and placing them within a normalizing framework can ensure that we do ask them and do the best by our patients. 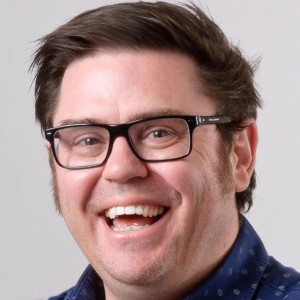 FRANZCP, MHA, GAICD | Medical HR Expert and Coach. Anthony is an experienced health public sector executive, medical educationalist and coach. Anthony is an expert in Medical HR. He has reviewed numerous CVs, chaired and conducted over a thousand job interviews and provided advice to a number of employers and Colleges about selection processes. Anthony's background: Consultant Psychiatrist and Medical Manager with 20 years’ experience as a medical practitioner in public health services in a range of roles. From 2012 to 2016, Anthony was the Medical Director of the Health Education & Training Institute (HETI), involved in overseeing a number of network training programs. He is also a Senior Lecturer at the University of Newcastle’s School of Medicine & Public Health, and Year 5 Psychiatry Coordinator. He is currently completing a PhD in Medical Education, exploring personal learning environments in the intern training space. Anthony recently delivered for the Royal Australasian College of Physicians a Best Practice Guide for Trainee Selection into Employment Roles Anthony was born on Mouheneenner land in Hobart (Tasmania) and pays respect to the traditional owners of lands he lives and works on, and elders past and present. His two most important roles in life are proud husband and proud father of two boys.
All Posts »
PrevPreviousPsychiatric History Taking
NextTime Management and the Flipped Ward RoundNext

1 thought on “Asking the difficult questions in psychiatry”