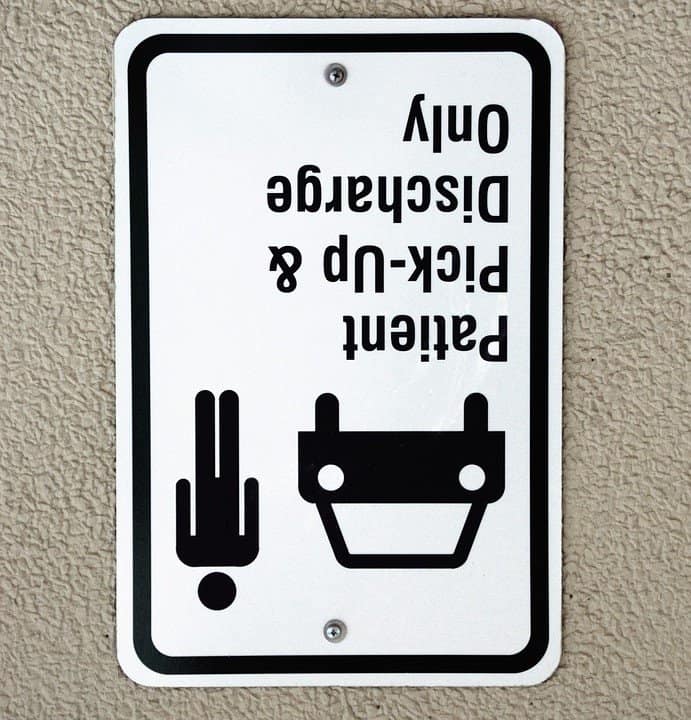 I have recently been reviewing several Leadership and Management modules produced by the Royal College of Psychiatrists in the United Kingdom.

I was reminded during the course of this module that it was Dwight Eisenhower that developed this famous decision matrix which you may have seen once or twice in your life: 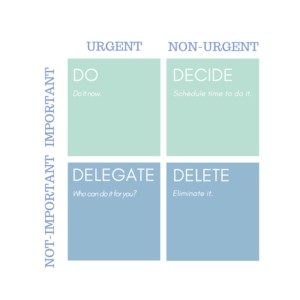 I often think that knowing how and what to prioritize is a key challenge in any transition in a medical career.  One can see this challenge for example when Advanced Trainees take on the Consultant role.  Suddenly the doctor is responsible for a significant number of more patients and normally now has trainees and other health professionals reporting to him or her about these patients.

The tendency is to retreat to the medical expert role and continue to review all patients as if the doctor was still the trainee rather than to work through the other members of the team and more judiciously intervene.  In Organizational Psychology this phenomenon is referred to as the Peter Principle* and Ken Blanchard (he of the “One Minute Manager” fame) wrote a book about this problem called the “One Minute Manager Meets the Monkey” which I highly recommend to readers that have made it thus far in this post.

*The Peter principle is a concept in management theory formulated by Laurence J. Peter and published in 1969. The theory is that the selection of a candidate for a position is based on the candidate’s performance in their current role, rather than on abilities relevant to the intended role. Thus, employees only stop being promoted once they can no longer perform effectively, and ‘managers rise to the level of their incompetence.’

Peter Drucker followed on from Dwight shortly after and in “The Effective Executive” spoke about effective prioritization as requiring rules about delegating, developing action plans, running efficient meetings and choosing what you can best contribute to “What is it that only I can do?”

For us to cope with managing our workload, many of us will generate to-do lists.  However, the problem with a to-do list (particularly an unstructured one) is that tasks rarely diminish over time as the list tends to get longer because more items are added than come off, the list itself does not guarantee task completion and the visual presence of an ever-increasing list can increase stress levels.

To-Do lists are okay but I’d recommend adding a prioritization process or ranking process e.g. the Eisenhower Box.  By being proactive and applying a regular discipline of prioritization you will be amazed how more control of work you will feel and will probably notice that you are scheduling time for non-urgent but important activities as well as time to effectively delegate and maybe even cancelling a few unimportant activities out from your diary.

The Flipped Ward Round:

Finally, after all this discussion of time and prioritization, I’d like to introduce to the world a prioritization technique or tip that I have used for some time.  I call this the “Reversed List” or the “Flipped Ward Round”.

As a Psychiatrist who has generally been in management or educational roles my clinical time has often been fractional.  I have over the years found it particularly helpful to briefly fill in for my colleagues during their periods of leave rather than having a regular clinical load myself.  This has been highly popular for my colleagues with the added benefit of giving me greater exposure to a range of services.

In doing these intra-service locums I would, of course, inherit established processes around the review of patients whether this be a patient list or a ward round process itself.  In general, these processes would include a very static order process, i.e. the format for a ward round discussion would generally start with a discussion of Mr Jones in Bed 1, then Mrs Smith in Bed 2 and so on and so forth down to Ms Brown in Bed 24.  For those readers familiar with the pitfalls of meetings where time is not allotted to agenda items you are no doubt aware that the same problem can occur on ward rounds, i.e. there is an overgenerous discussion of those cases at the top of the list and inadequate time allocated to those patients at the bottom of the list.  This can, of course, lead to issues not being properly addressed for such patients, errors of omission and unnecessarily lengthy stay.

So, my approach to this problem.  Simple.  As the consultant covering I found it fairly easy to convince the rest of the team to indulge me in a simple experiment.  “What if we start at the bottom of the list this time?”  It would often lead to some interesting discussions about patient problems that had been overlooked up until that point.

I wonder if there is something in this for us as medical educators as well?  Do we get hooked on to do lists?  Do we tend to dwell too much at the top of these and neglect important issues at the bottom?  When we design new courses do we often find ourselves flagging for ideas toward the end?  Do the topics at the end of a seminar series get as well covered as those at the start? 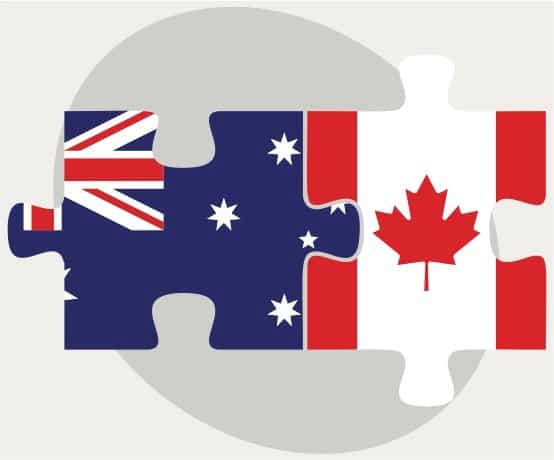 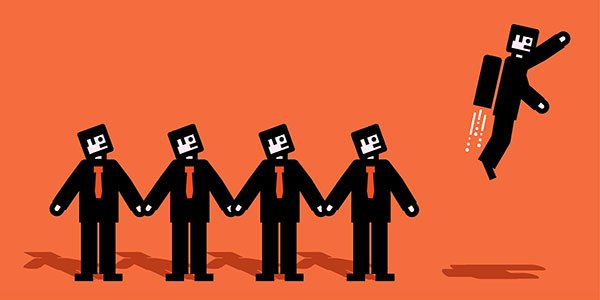 In the business of modern medicine, there are a few overarching priorities. Primarily, creating a thriving business brand and organizational culture that drives the patient experience. These shifting priorities are now dramatically changing recruiting practices in medicine.  If you have not interviewed for a job post for a while, you may well be surprised by… 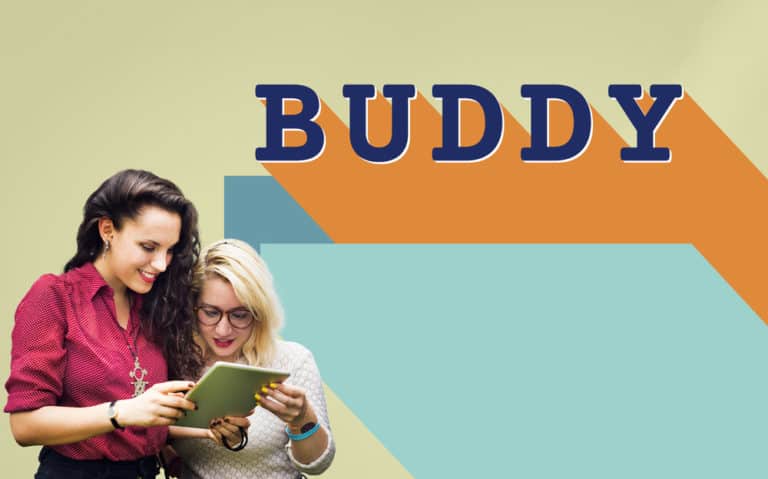 It’s that time of the year again in Australia for the medical system. The time where around 90% of the trainee doctors in the health care system step up a level in responsibility. And it’s all done in a matter of a few weeks from mid-January to early February. This includes all the new graduated… 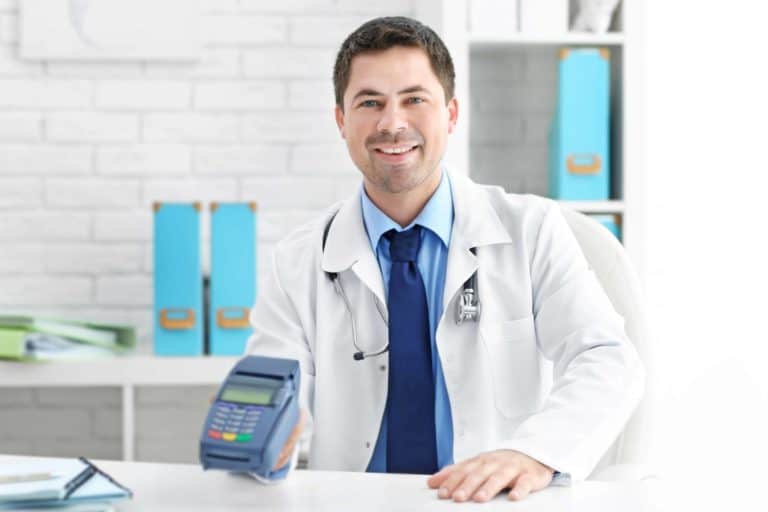 Not surprisingly, one of the more popular topics on this blog is the subject of income for doctors. We have recently written about how much an Intern is paid and how much a Resident is paid. Of particular interest to many is how much a doctor earns when they have completed all their training and… 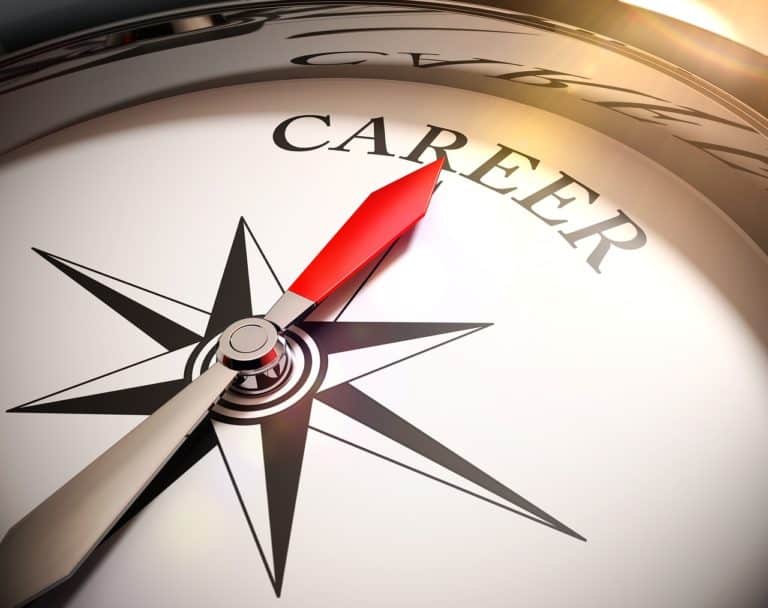 We use information collected through cookies and similar technologies to improve your experience on our site, analyse how you use it and for marketing purposes.
Privacy